Back to Latest News

Hartley’s have teamed up with Charlotte Crosby to prevent the nation from a January diet wobble! 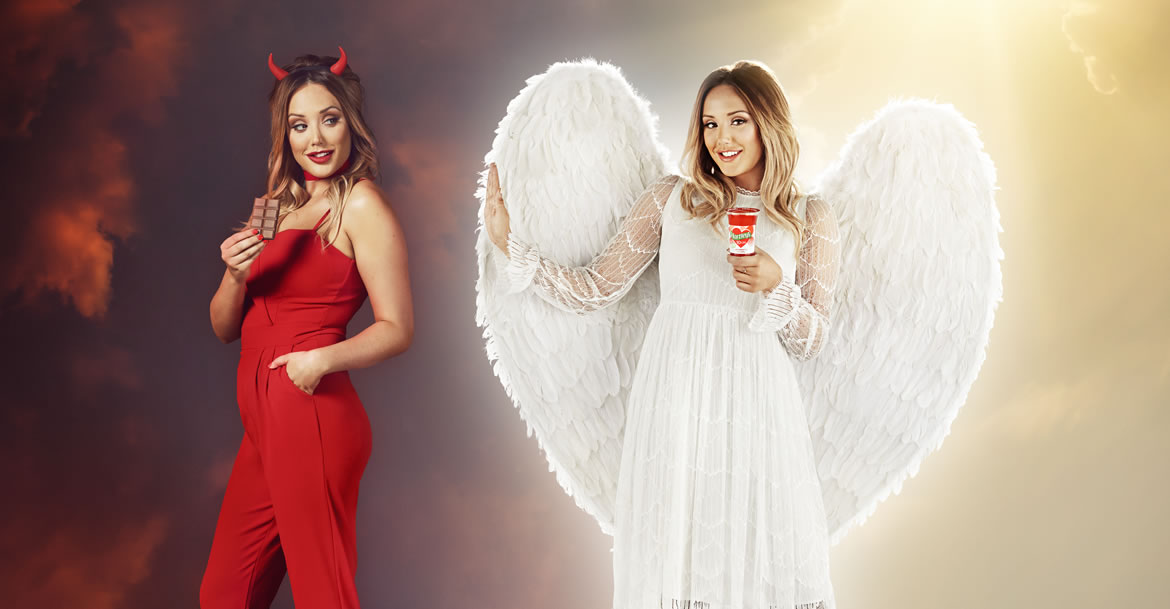 8/10 well-meaning Brits will wobble from their New Year diet on the 14th January, with 7pm-8pm marking the time most of us will give up on our good intentions and reach for a snack. Research by Hartley’s 10 Cal Jelly Pots also found that while a whopping 26m Brits started a diet as a New Year’s resolution, 87% of them said they have broken their New Year resolution and wobbled from their diet.

In summary, the research found:

TV star Charlotte Crosby, who has two best-selling fitness DVDs, has transformed into an angel and a devil to help prevent the nation from a ‘diet wobble’ this January. She is encouraging Brits to swap their usual devilish treat for a far more angelic Hartley’s 10 Cal Jelly Pot. No more sweet cravings for Brits as Charlotte shoos away the devil and swaps high calorie treats for a delicious low calorie jelly pot. These jelly pots are only 10 calories and are a delicious guilt free snack.